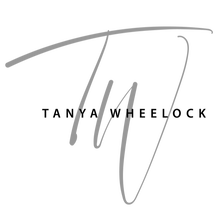 This Costume Has Been Retired.

Ariel has always been one of my very favorite Disney princesses. When I found her Seafoam Dress - during my first year working for Walt Disney World - I was so excited to wear it for my very first Mickey's Not-So-Scary Halloween Party! Since 2011, I have had 3 different wigs for this costume, trying to find the perfect match. The dress itself is a "limited edition" from it's creator, as "the fabric was a manufacturers overrun" and they purchased the only 50 yards available. To this day, I'm still sad that Disney did away with this Meet and Greet dress.

​At the party, so many people asked for my picture but I had to decline. I was told as I entered the Magic Kingdom that I would be asked to leave if I took pictures with anyone outside my party. When I went to meet Ariel there was actually a bit of chaos. One of her attendants loved me, another kept giving me the stink eye -.-

Waiting in line to meet Ariel and Eric, little girls were going crazy and a few actually came up and were talking to me. Some wanted to touch my dress and my wig, especially after I explained that I was really blonde! When I finally met Ariel and Eric it was too funny. Ariel and I did The Mirror and she had us take a picture each pulling on one of Eric's arms, haha. Jack Sparrow was extremely wary of me being a mermaid and made me take a pirate oath not to sing! I was also able to ride the People Mover, The Adventures of Winnie the Pooh, and The Haunted Mansion in this dress :P It was quite a feat!

Prints of this costume are available HERE. All proceeds of prints and products sold go to benefit charity and charitable endeavors.
Worn For...